The “Inventing Anna” actor, 59, revealed to Esquire that he and the “Dopesick” star, 62, got hitched in an intimate ceremony that saw the pair exchange vows to each other while a friend bared witness and officiated.

“We’re too old to throw weddings,” Edwards said, adding that his new bride is “just spectacular.”

“She’s an amazing singer and she’s a wonderful actress and she’s an incredible person,” he added of Winningham, whom he starred alongside in 1986’s “Miracle Mile.”

Although they would go on to marry other people, the pair remained close and ultimately found themselves each divorced and single. 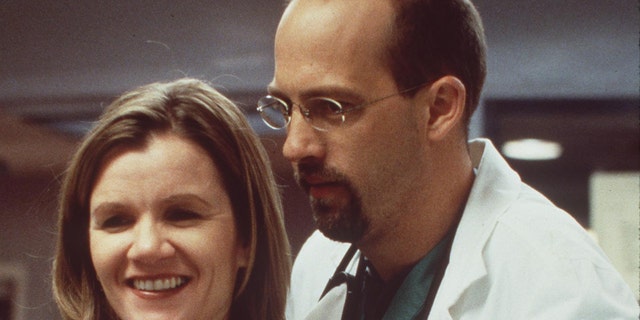 Mare Winningham and Anthony Edwards star in “ER,” circa 1998.
(Getty)

In a previous interview with Fox News Digital, Edwards said the couple had grown closer during the coronavirus lockdown period.

“We’ve been having incredible walks,” he said in April 2020. “We have a family staying with us with a young child, our godson, who’s only 19 months old, so we’ve formed this group for the last five weeks.”

‘CATCH-22’S’ GEORGE CLOONEY TALKS RETURNING TO TV SINCE ‘ER,’ JOKES THAT HE ‘CRIES A LOT’

He continued, “It’s been really nice to get into some different rhythms and also use technology as we’re using today to connect with people. We’re trying to prioritize what is important to this life when we’re realizing how fragile it is when a pandemic can come in and take so many of us so quickly.”

He added at the time that his life had become much “simpler” given the times that it allowed him to establish a new routine. 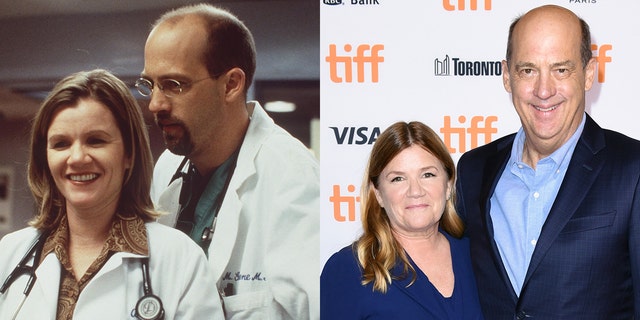 “Morning coffee, get up on news and get out and do something I’m fortunate to do,” Edwards said of his new daily agenda. “I’m fortunate to be able to work on my garden and there are these kinds of chores that you’ve put off for years.”

MLB 4 days from deadline to cancel games and shorten season