MLB 4 days from deadline to cancel games and shorten season

Another negotiating session produced only minor movement and no proposals on big-money issues, leaving Major League Baseball four days from management’s Monday night deadline for a deal to salvage opening day and a 162-game season.

Both sides appeared Thursday to be in a you-make-the-next-move staredown on central economic issue of the lockout, such as luxury tax thresholds and rates, the minimum salary and the proposed bonus pool for pre-arbitration players.

Given those stances, it appeared the earliest movement on the main issues would be in the hours before management says it will carry through on its threat to start canceling games and cost players salary.

The union came away with the impression that management said it was out of ideas until players offer new proposals on key issues. Clubs say the union hasn’t altered its luxury tax plan since November, and players say they are waiting because management told the union luxury tax usually is among the last items addressed.

Players also want to reduce revenue sharing and expand salary arbitration eligibility, and teams say they will not agree to either proposal.

Both sides agreed to meet again Friday, which will be the fifth straight day of bargaining and the 11th on core econimics since the lockout started Dec. 2.

Baseball’s ninth work stoppage, its first since 1995, enters its 86th day Friday. It appears imminent threat of economic losses is the only factor that could spark more aggressive bargaining.

Players have not accepted Monday as a deadline and have suggested any missed games could be made up as part of doubleheaders, a method MLB said it will not agree to. 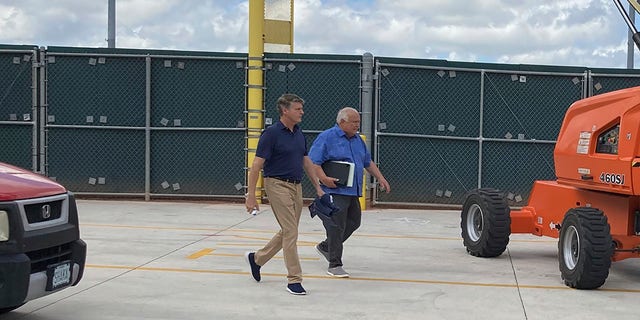 The union told MLB if games are missed and salaries are lost, clubs should not expect players to agree to management’s proposals to expand the postseason and to allow advertisements on uniforms and helmets.

Baseball commissioner Rob Manfred has not publicly commented on the talks since Feb. 10 and union head Tony Clark since Dec. 2.

Players modified part of their formula for additional service time for top young players, covering the top 15 in each league by WAR among starting pitchers, relief pitchers and outfielders, down from 20, and the top five at other positions, down from seven.

The union says such a mechanism is needed to prevent teams from holding players in the minor leagues to delay free agency, such as the union claimed in an unsuccessful grievance against the Chicago Cubs over Kris Bryant that was decided by an arbitrator two years ago. Teams say they won’t agree to such a proposal.

The union also tweaked its complex plan for a lottery to decide the top seven amateur draft picks to prevent a team that receives revenue sharing from picking among the top nine if it finished among the lowest eight winning percentages in each of the two previous seasons or the bottom 12 in each of the previous three. That provision would start in 2024.